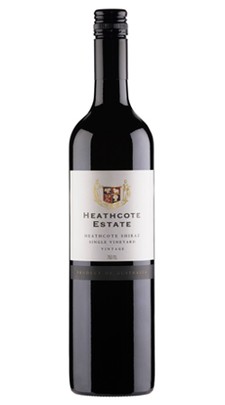 The 2017 vintage in Heathcote was characterised by a long, cooler than average growing season, producing wines with great detail and structure. A relatively cold winter was followed by a cool and dry spring. The cool, dry and consistent conditions prevailed throughout summer, resulting in a later than average harvest date in early March 2017.

Our five individual blocks and their various sections where handled separately in the winery and vintage 2017 created 14 unique batches of wine. The grapes were fermented in a combination of traditional open and closed fermenters after gentle destemming, with some batches receiving whole bunches. The wines were then pressed and transferred into French Oak barrels for malolactic fermentation – majority 500L hogsheads, some 300L puncheons and some parcels aged in traditional 6250L cuves. Racked twice during maturation, bottled February 2018.

Lifted perfume with layers of red and black fruits. Pristine and poised with floral notes, tar, gun flint and exceptional concentration and purity. The palate is seamless and fine, loaded with fruit texture and tightly packed savoury tannins.