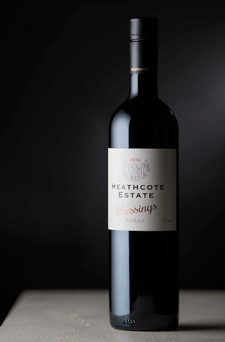 The pressings selection is a collection of the very last few litres of wine from the fermented grape skins when the press is nearing completion.   These precious few litres are loaded with fine graphite-like, dry and firm tannins.  The ‘pressings’ were transferred into 500L puncheons for malolactic fermentation. Racked twice during maturation, bottled February 2017.

The resultant wine is highly fragrant and detailed with a super long and concentrated palate.  It will reward extended cellaring.

Winemaker Notes
Winemaking is essentially a pretty simple process and there is much talk these days about winemakers who ‘do nothing’. That doesn’t particularly make much sense to us, do nothing, get nothing. We like to describe it more like minimal intervention. A combination of intervening when required, but also backing off when we let nature run it’s course. It is an evolution and philosophy that we are continually refining and tweaking. This results in subtle modifications of our techniques, such as increased use of whole bunches in the ferments, maturation in large 6,500L oak vats and 500L French oak barrels and shorter barrel ageing times.